House music is a genre of electronic music created by club DJs and music producers in Chicago in the early 1980s. Early house music was generally characterized by repetitive 4/4 beats, rhythms mainly provided by drum machines, off-beat hi-hat cymbals, and synthesized basslines. While house displayed several characteristics similar to disco music, which preceded and influenced it, as both were DJ and record producer-created dance music, house was more electronic and minimalistic. The mechanical, repetitive rhythm of house was one of its main components. Many house songs were instrumental, with no vocals; some had singing throughout the song with lyrics; and some had singing but no actual words.

House music developed in Chicago’s underground dance club culture in the early 1980s, as DJs from the subculture began altering the pop-like disco dance tracks to give them a more mechanical beat and deeper basslines. As well, these DJs began to mix synth pop, rap and even jazz into their tracks. It was pioneered by Chicago DJ and record producer Frankie Knuckles, the Chicago acid-house electronic music group Phuture, the Tennessee DJ/producer Mr. Fingers, and US-born, UK-based singer Kym Mazelle The genre was originally associated with Black and gay subcultures but has spread to the mainstream. From its beginnings in the Chicago club and local radio scene, the genre spread internationally to London, then to American cities such as New York City and Detroit, and eventually globally.

Chicago house music acts from the early to mid-1980s found success on the US dance charts on various Chicago independent record labels that were more open to sign local house music artists. These same acts also experienced some success in the United Kingdom, garnering hits in that country. Due to this success, by the late 1980s, Chicago house music acts suddenly found themselves being offered major label deals. House music proved to be a commercially successful genre and a more mainstream pop-based variation grew increasingly popular. Since the early to mid-1990s, house music has been infused into mainstream pop and dance music worldwide. In the 2010s, the genre, while keeping several of its core elements, notably the prominent kick drum on most beats, varies widely in style and influence, ranging from soulful and atmospheric to the more minimalistic microhouse. House music has also fused with several other genres creating fusion subgenres,[10] such as euro house, tech house, electro house and jump house. One subgenre, acid house, was based around the squelchy, deep electronic tones created by Roland’s TB-303 bassline machine.

Major acts such as Madonna, Janet Jackson, Paula Abdul, CeCe Peniston, Bananarama, Robin S., Steps, Kylie Minogue, Björk, and C+C Music Factory to name a few, all incorporated house music into their work in the 1990s and beyond. After enjoying significant success which started in the late 1980s, house music grew even larger during the second wave of progressive house (1999–2001). The genre has remained popular and fused into other popular subgenres, notably ghetto house, deep house, future house and tech house. As of today, house music remains popular on radio and in clubs while retaining a foothold on the underground scenes across the globe.

In the early 1980s, Chicago radio jocks The Hot Mix 5, and club DJs Ron Hardy and Frankie Knuckles played a range of styles of dance music, including older disco records (mostly Philly disco and Salsoul tracks), electro funktracks by artists such as Afrika Bambaataa,[11] newer Italo disco, Arthur Baker, and John Robie, and electronic pop. Some DJs made and played their own edits of their favourite songs on reel-to-reel tape, and sometimes mixed in electronic effects, drum machines, synthesizers and other rhythmic electronic instrumentation. DJ Frankie Knuckles would use basslines and rhythm section parts from vintage disco and R&B songs, mix them with parts from modern synthpop songs and transform them into innovative house music tracks. Ron Hardy, a producer and DJ who spun at the Music Box club in Chicago, used a similar approach as Knuckles, collaging parts from vintage and new songs to make new tracks. However, whereas Knuckle’s house tracks had an overall positive mood, Hardy’s tracks had more of an edge and faster, more energetic tempos, designed to rev up the dancers in the club

One 2009 book states the name house music originated from a Chicago club called The Warehouse, which existed from 1977 to 1983. Clubbers to The Warehouse were primarily black, who came to dance to music played by the club’s resident DJ Frankie Knuckles, whom fans refer to as the “godfather of house”. Frankie began the trend of splicing together different records when he found that the records he had weren’t long enough to satisfy his audience of dancers. After the Warehouse closed in 1983, the crowds went to Knuckles’ new club, The Power Plant.

In the Channel 4 documentary Pump Up The Volume, Knuckles remarks that the first time he heard the term “house music” was upon seeing “we play house music” on a sign in the window of a bar on Chicago’s South Side. One of the people in the car with him joked, “you know that’s the kind of music you play down at the Warehouse!”. South-Side Chicago DJ Leonard “Remix” Roy, in self-published statements, claims he put such a sign in a tavern window because it was where he played music that one might find in one’s home; in his case, it referred to his mother’s soul & disco records, which he worked into his sets.  The documentary also explored the how house music was something that anyone could pick and do. Mostly the documentary looks at some of the DJs from that genre, and how they stumbled into the music.

Farley Jackmaster Funk was quoted as saying “In 1982, I was DJing at a club called The Playground and there was this kid named Leonard ‘Remix’ Roy who was a DJ at a rival club called The Rink. He came over to my club one night, and into the DJ booth and said to me, ‘I’ve got the gimmick that’s going to take all the people out of your club and into mine – it’s called House music.’ Now, where he got that name from or what made him think of it I don’t know, so the answer lies with him.”

Chip E.‘s 1985 recording “It’s House” may also have helped to define this new form of electronic music. However, Chip E. himself lends credence to the Knuckles association, claiming the name came from methods of labelling records at the Imports Etc. record store, where he worked in the early 1980s: bins of music that DJ Knuckles played at the Warehouse nightclub were labelled in the store “As Heard At The Warehouse”, which was shortened to simply “House”. Patrons later asked for new music for the bins, which Chip E. implies was a demand the shop tried to meet by stocking newer local club hits. In a 1986 interview, when Rocky Jones, the club DJ who ran the D.J. International record label, was asked about the “house” moniker, he did not mention Imports Etc., Frankie Knuckles, or the Warehouse by name. However, he agreed that “house” was a regional catch-all term for dance music, and that it was once synonymous with older disco music, before it became a way to refer to “new” dance music.

Larry Heard, a.k.a. “Mr. Fingers”, claims that the term “house” became popular due to many of the early DJs creating music in their own home studios using synthesizers and drum machines, such as the Roland TR-808 programmable drum machine, TR-909, and the TB 303 bassline synth. These synthesizers were used to create a house subgenre called acid house. Juan Atkins, an originator of Detroit techno music, claims the term “house” reflected the exclusive association of particular tracks with particular clubs and DJs; those records helped differentiate the clubs and DJs, and thus were considered to be their “house” records. In an effort to maintain such exclusives, the DJs were inspired to create their own “house” records.

In Britain, further experiments in the genre boosted its appeal. House and rave clubs such as Lakota and Cream emerged across Britain, hosting house and dance scene events. The ‘chilling out’ concept developed in Britain with ambient house albums such as The KLF‘s Chill Out and Analogue Bubblebath by Aphex Twin. The Godskitchen superclub brand also began in the midst of the early 90’s rave scene. After initially hosting small nights in Cambridge and Northampton, the associated events scaled up in Milton Keynes, Birmingham and Leeds. A new indie dance scene also emerged in the 90’s. In New York, bands such as Deee-Lite furthered house’s international influence. Two distinctive tracks from this era were the Orb‘s “Little Fluffy Clouds” (with a distinctive vocal sample from Rickie Lee Jones) and the Happy Mondays‘ “Wrote for Luck” (“WFL”) which was transformed into a dance hit by Vince Clarke.

In England, one of the few licensed venues was The Eclipse, which attracted people from up and down the country as it was open until the early hours. Due to the lack of licensed, legal dance event venues, house music promoters began organising illegal events in unused warehouses, aeroplane hangars and in the countryside. The Criminal Justice and Public Order Act 1994 was a government attempt to ban large rave dance events featuring music with “repetitive beats”, due to law enforcement allegations that these events were associated with illegal club drugs. There were a number of “Kill the Bill” demonstrations by rave and electronic dance music fans. The Spiral Tribe dance event at Castle Morten was the last of these illegal raves, as the bill, which became law, in November 1994, made unauthorised house music dance events illegal in the UK. Despite the new law, the music continued to grow and change, as typified by Leftfield with “Release the Pressure“, which introduced dub and reggae into the house sound. Leftfield’s prior releases, such as “Not Forgotten” released in 1990 on Sheffield’s Outer Rhythm records used a more typical sound.

A new generation of clubs such as Liverpool‘s Cream and the Ministry of Sound were opened to provide a venue for more commercial house sounds. Major record companies began to open “superclubs” promoting their own groups and acts. These superclubs entered into sponsorship deals initially with fast food, soft drink, and clothing companies. Flyers in clubs in Ibiza often sported many corporate logos from sponsors. A new subgenre, Chicago hard house, was developed by DJs such as Bad Boy Bill, DJ Lynnwood, and DJ Irene, Richard “Humpty” Vission, mixing elements of Chicago house, funky house and hard house. Additionally, producers such as George Centeno, Darren Ramirez, and Martin O. Cairo developed the Los Angeles Hard House sound. Similar to gabber or hardcore techno from the Netherlands, this was associated with the “rebel”, underground club subculture of the time. These three producers introduced new production approaches and sounds in late 20th century became more prominent and widely used during first decade of the 21st century. 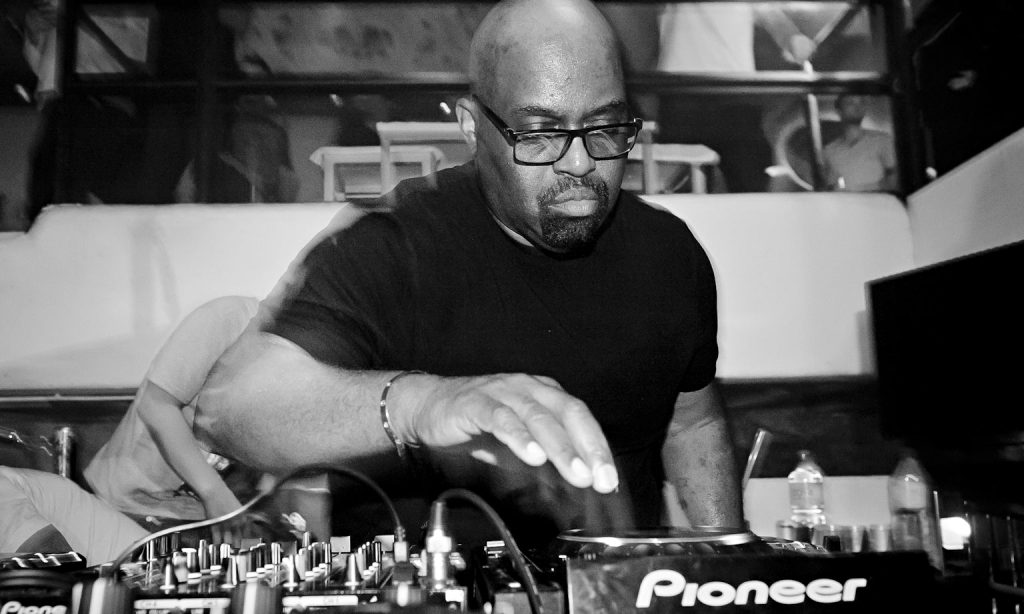 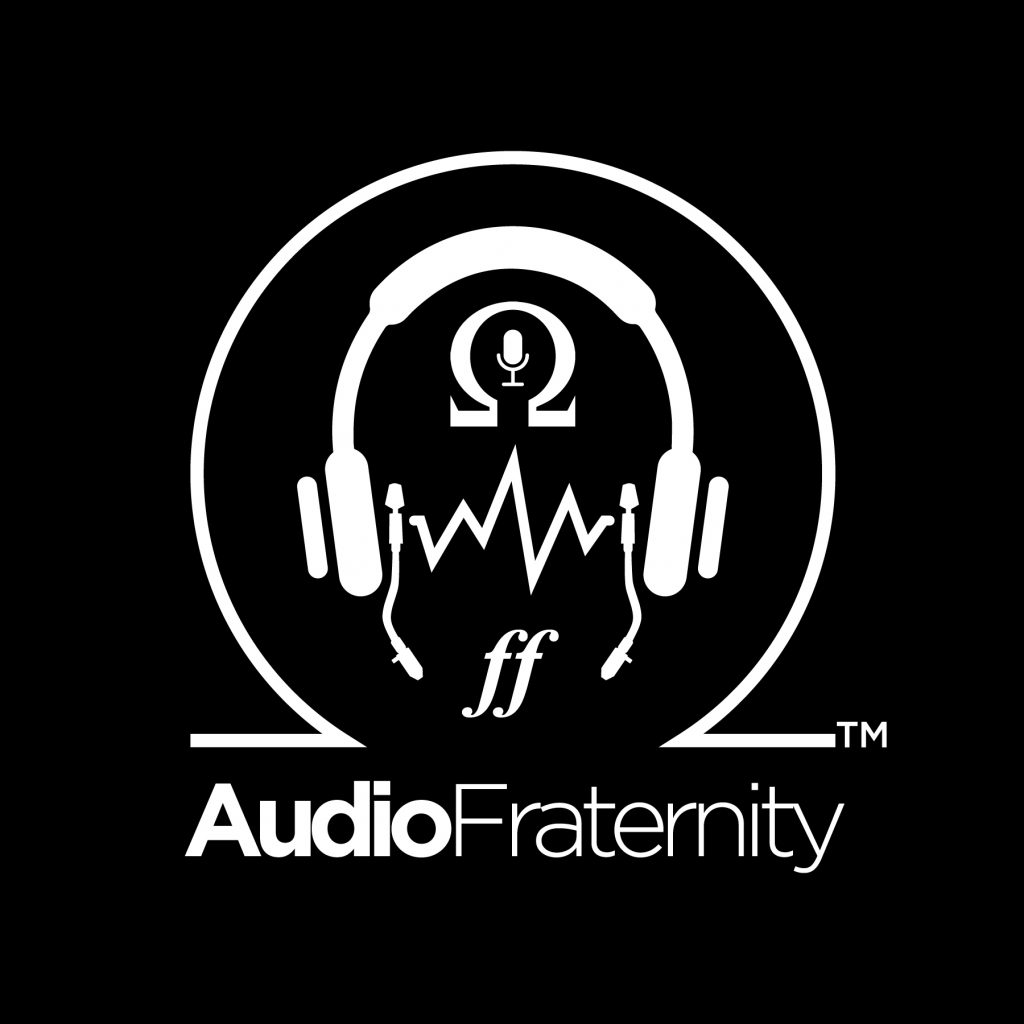